Fuego’s value proposition is critical to achieve market leadership, by providing superior value to diverse commercial opportunities. We use proprietary techniques to gain a competitive advantage, supported by the experience and know-how of our executive team.

Hugo Cancio is an internationally-renowned expert on the Cuban business environment and culture and is an active proponent of Cuba’s reconciliation and economic growth. As the President and CEO of Fuego Enterprises since 1997, Mr. Cancio has built a substantial diversified holdings company with operations in media and entertainment as well as travel and telecommunications. He has become one of the most preeminent advisors and consultant on U.S.-Cuban political and economic relations. Among his many accomplishments is the production of the critically acclaimed film “Zafiros Locura Azul” and the OnCuba media platform, which is the first Cuban-focused bilingual platform with national distribution in the U.S. and a leading cross-over media solution for both the U.S. and Cuba. He has also advised several Fortune 500 companies on how to do business with Cuba, including Norwegian Cruise Lines Holdings. He is a featured panelist and speaker in prestigious conferences and publications around the world, including SkyBridge Alternatives (SALT) Conference in Las Vegas, Knowledge@Wharton’s Cuba Opportunity Summit, The New Yorker Magazine, Internationale, France 24, CNN, MSNBC, NBC Today Show, and many others.

Born in Havana, Cuba, Mr. Cancio immigrated to the US in 1980 during the Mariel Boatlift. Mr. Cancio is the proud father of three daughters and while he resides in Miami, he maintains strong personal and business connections throughout Cuba and shuttles frequently to Havana.

As Vice President and COO of the Group and a member of its Board of Directors, Mr. Ariel Machado has served as Director of Business Development for several companies. With 15 years of experience in the business development for media and entertainment industries in both Havana, Cuba and Las Vegas, NV since 1999, he also headed up a marketing and business consulting firm in Cuba working with companies like BMW and PEUGEOT Motorcycles.

Tahimi Arboleya holds a Master’s Degree in Communication Sciences. She is a Cuban-born expert with more than 15 years of experience working with international companies and prestigious Cuban institutions. Tahimi has a solid experience in Communication, Branding and Media, with a strong work background between Cuba and the United States in these areas. She was founder of the Communication Department of the University of the Arts of Cuba and Editorial Director of the magazine “Cúpulas”. Mrs. Arboleya has participated in more than 20 international events in numerous countries around the world, and is one of the founders of OnCuba’s Communication Platform and founder of the OnCuba office in Havana, being its representative from its foundation until 2016 when she started working in our Miami offices. Several brands have been created or redesigned under her direction, such as OnCuba (2012), the University of the Arts of Cuba, ISA (2011) and Cubamar (2008). She is the Editorial Director of the OnCuba Travel Magazine since its first edition in March 2012.

Yaima Paez is a specialist in travel and logistics in the destination land of Cuba. She is an expert in assisting American travelers, travel companies and service providers on OFAC regulations to travel to Cuba. She works in one of the most prestigious Cuban travel agencies and she is a specialist in the North American market. As the manager of OnCuba Travel, which is the agency that represents Norwegian Cruises Line (NCL) in Cuba, she works closely with NCL for exclusive trips to Cuba.

Director of Finance and Human Resources

Bilingual (Spanish/English) with over 7 years of experience in Finance and Human Resources in the public, private, and government sectors, Gisselle contributes executive level experience in business development, strategic business planning, budget execution, and human potential. Gisselle demonstrates a consistent pattern of leadership, initiative, and quantifiable results. She prides herself in being focused on finding the right questions to ask and assembling and iterating on the best ideas to build systems. Her focus on new ideas and passion around communities has led her to serve as Director of Finance and Human Resources for Fuego Enterprises. Gisselle works directly with the Office of the President and executive team to maximize human potential and create new opportunities for institutional financial growth, bringing business in the world’s most promising market into focus.

Jorge is a Cuban-born recently living in the Miami area, with extensive experience in the management of work teams. Knowledge in the commercial, financial and purchasing areas, backed by more than 15 years of performance. Jorge is also an expert in development of exports and internal sales. Focused on the results with top management skills, having managed 13 subsidiaries, 9 divisions and more than 300 commercial establishments with more than 2500 employees. Purchasing management experience with international suppliers (Europe and Asia). Online sales management and import management.

Director of Research and Development

Fabiana Brunetta received her doctorate in Adult Education and Human Resource Development from Florida International University, the State university of Florida in Miami. Born near Venice, Italy, Dr. Brunetta has over 20 years of combined experience working with leaders in the public, private, and government sectors across three continents. Dr. Brunetta has a strong background in developing, implementing, and evaluating data-driven programs. Dr. Brunetta has taught graduate level classes in the areas of research methods, leadership and organizational development, program management, and program evaluation.

Fuego’s value proposition is critical to achieve market leadership, by providing superior value to diverse commercial opportunities. We use proprietary techniques to gain a competitive advantage, supported by the experience and know-how of our executive team. 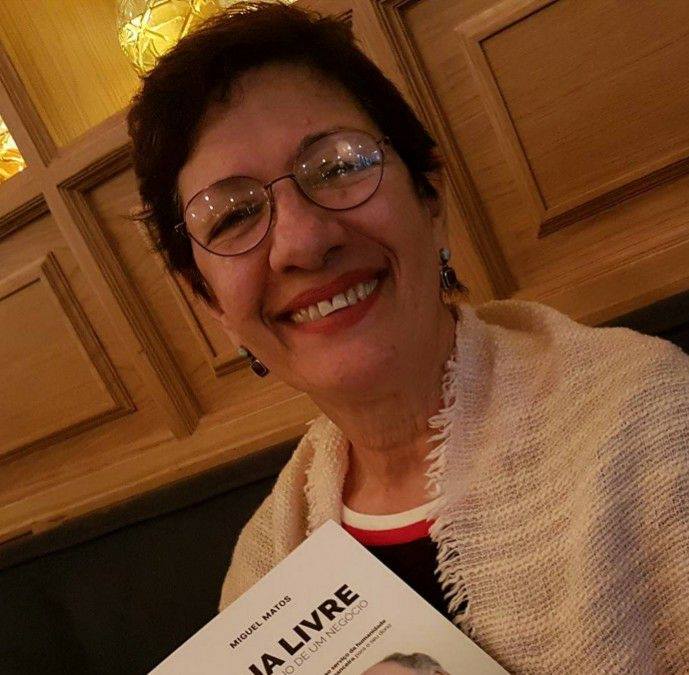 Llilian Llanes holds a PhD in art history from the University of Havana and has been a professor of art history at this institution too. As vice-rector of research and postgraduate studies at the Instituto Superior de Arte (ISA), Llilian was also the founding director of the Center for Contemporary Art Wifredo Lam from where he carried out Bienal de La Habana until the sixth edition held in 1997. An expert in arts, she is the most renowned connoisseur of Cuban visual arts, a member of the International Association of Art Critics (AICA) and president of the Cuban chapter. She is also a member of the Union of Writers and Artists of Cuba (UNEAC) and a correspondent of the National Academy of Fine Arts of Argentina. Llilian is currently art director of Art OnCuba magazine, since its founding in 2013. She has participated in numerous congresses and has been part of international juries, including the 51 Venice Biennial in 2005, among many others. She is dedicated to the research of Cuban art and her last published essays include: Rafael Blanco, the precursor, 2013, photography of the avant-garde in Cuba, 2012, and the roads of the avant-garde in Cuba, 2010. Of her published books, these are are some of her finest works: of the teaching of Art (1900-1930), Havana, ICL, 2017; El Vedado de los Generals and Doctors, Valencia, Spain, 2014; Memoirs of the Biennial of Havana 1984-1998, editions Cuban art, Havana, 2012; Beyond criticism, Editions Cuban art, Havana, 2012; Havana Then and Now, Thunder Bay Press, San Diego, California, 2004: Maisons du vieux Cuba, Editorial Ar, Flammarion, 1998; English version by Thames and Hudson, London, 1999; Spanish version by Editorial Nerea, 1999; and the transformation of Havana through its architecture, editorial Cuban lyrics, ICL, La Habana, 1992.

Mónica Rivero has been the editorial director of OnCuba Web for two years. She graduated in Journalism from the University of Havana (2012). In six years as a press professional, she has accumulated experience as a reporter and editor on various cultural and social issues. She worked at the Cubadebate website, where she published the systematic coverage of Silvio Rodríguez's tour in poor neighborhoods inside and outside the Cuban capital. From this accompaniment arose his her book "Por todo espacio, por este tiempo. With Silvio Rodríguez in neighborhoods of Havana" (2014), which relayed the personal and collective stories of these places with the use of her chronicle. In OnCuba, she has been part of a team that has learned about the challenges of doing journalism in Cuba, and the profession in general. She loves to do interviews because of the approach that promotes this medium, and has participated in international journalism meetings in Europe and Latin America. Since 2017, she also teaches at Late Escuela, a freelance journalism online workshop.

Co-Editor of OnCuba News and Correspondent in Havana

Eric Caraballoso Díaz is a Cuban journalist with 16 years of professional experience. With a masters degree in Latin American Culture and a graduate of the Literary Training Center "Onelio Jorge Cardoso", he worked as a professor in the Department of Journalism and Social Communication of the Universidad de Oriente, in Santiago de Cuba. He was for ten years the web editor on Radio Siboney, specializing in cultural issues. He also has experience as a scriptwriter and radio director. Since 2017, he's been a correspondent and co-editor of the OnCuba website. Eric also published book "La palabra en el aire: Memorias de la radio santiaguera" in 2014, as a result of an investigation into 90 years of radio history in Santiago de Cuba. He has collaborated with several Cuban magazines, such as Caserón and La Gaceta de Cuba, and has won awards in radio and literary events, including the Best Cultural Program Award at the International Radio and Television Festival, Havana 2013, for his radio program "De la radio a la radio". 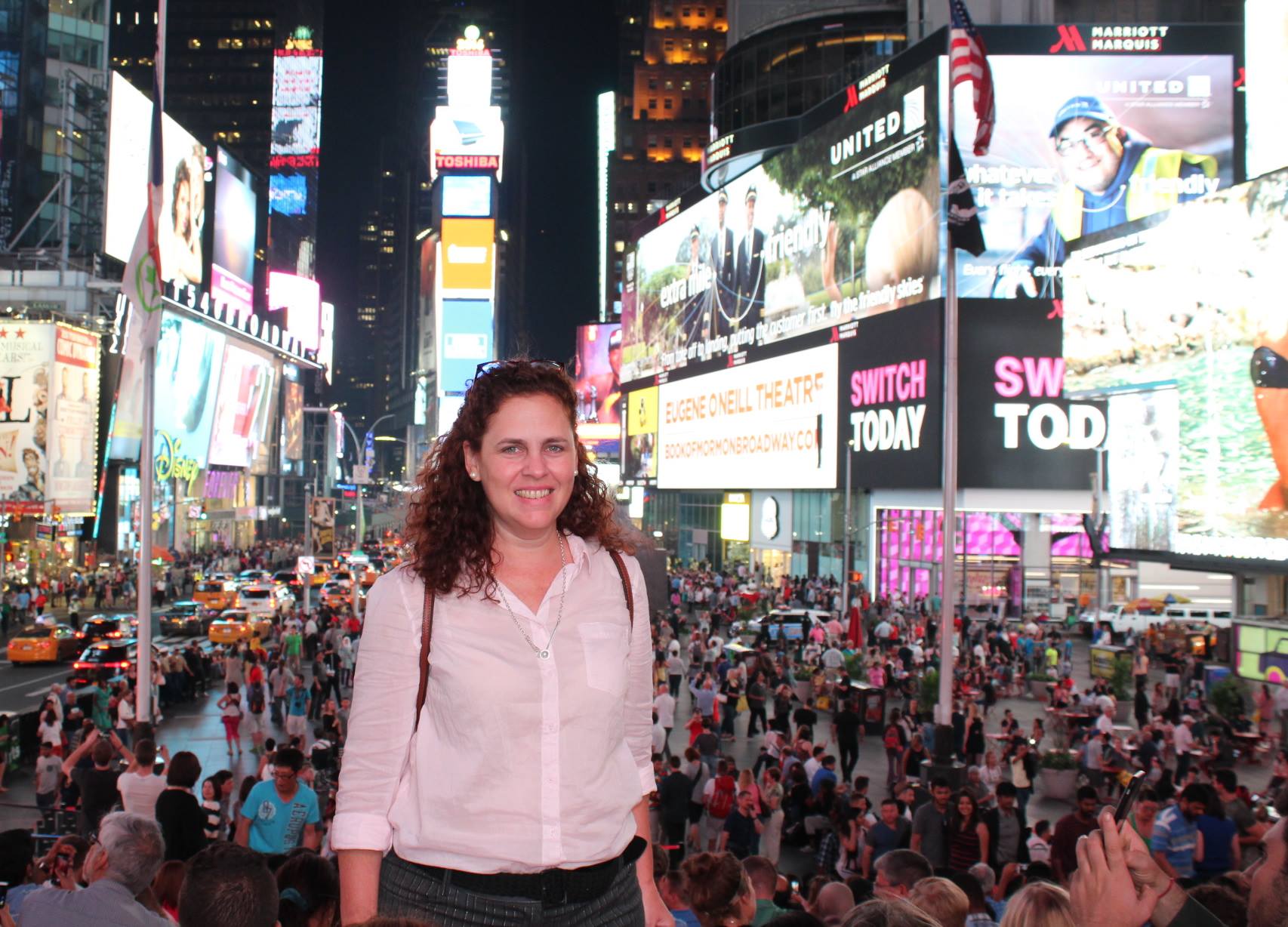 Milena Recio is co-editor of the OnCuba digital magazine. She holds a Master’s Degree in Communication and originally began collaborating with the magazine in 2013 and became a staff member in 2015. Today, she carries out several editorial roles as part of the team and enjoys planning journalistic coverage, imagining the best way for writing stories, and organizing and improving texts written by other people. She also likes working as a reporter and interviewer, pursuing straight-forward dialogues where people express themselves openly. She studied Social Communication at the University of Havana, just after the dismantling of the Soviet bloc and during the worst years of the economic crisis in Cuba, widely known as Special Period; thus, she belongs to a transitional generation. For several years, she collaborated with several print media in Cuba while teaching Communication and Digital Journalism at the University of Havana and at the post-graduate Institute of Journalism. Many of her ex-students are now her colleagues as journalists. In 2003, she published "Havana Digital Journalism: The Limit of the Possible" and in 2012, she was a fellow at the Colegio Latinoamericano de Ciencias Sociales (CLACSO). Milena is the proud mother of a little girl who dreams being able to fly.

Co-Editor of OnCuba News and Correspondent in Miami 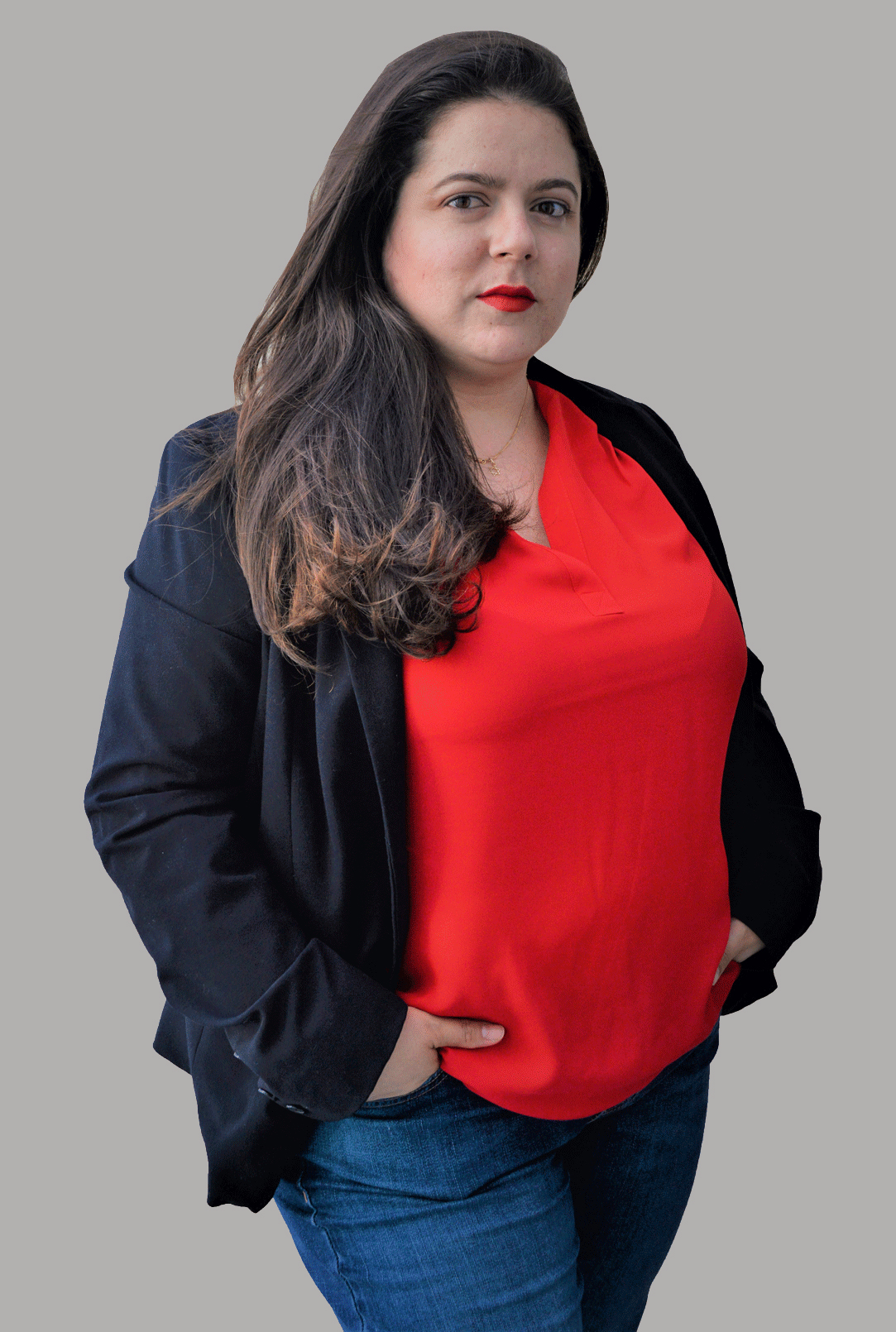 Marita Pérez Díaz is a Cuban multimedia journalist and editor, currently based in Miami. Marita recently received her MA in Magazine, Newspaper and Online Journalism at Newhouse in Syracuse University. She was awarded with a Syracuse University Graduate Fellowship for the 2017-2018 academic year. She also has worked in Cuba as a reporter and editor since 2014 for OnCuba Magazine. Marita uses technology, multimedia, and digital skills to tell the stories of people without a voice. Her dream is to keep building bridges of communication for Cubans inside and outside the island.

Fuego executives are a strong group of recognized team members. 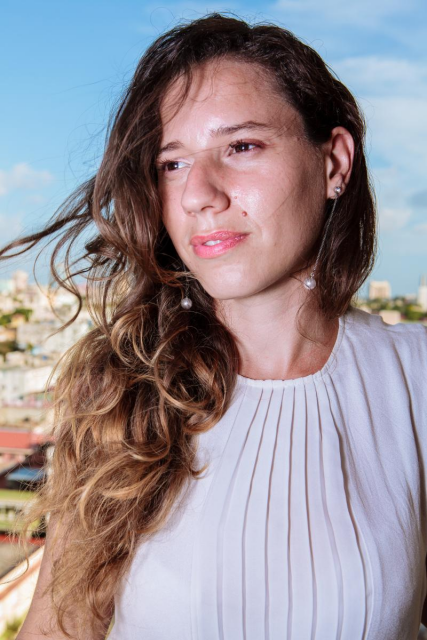 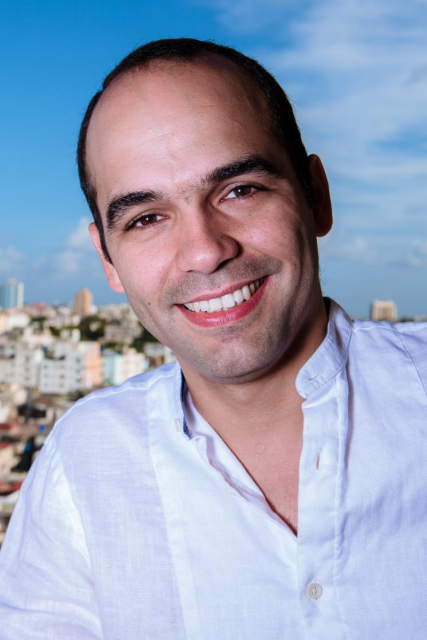 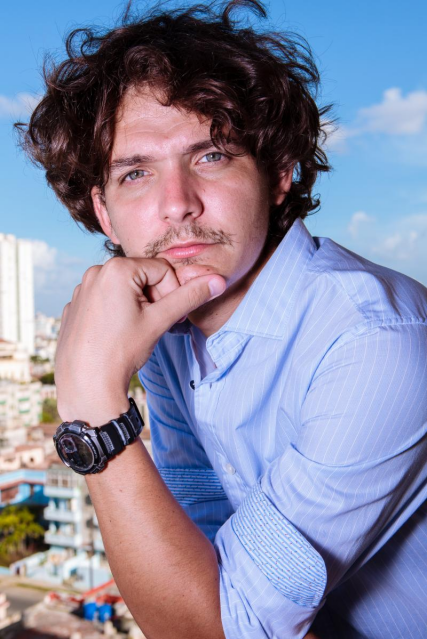